Representatives from Felixstowe joined colleagues from other Fairtrade towns in Suffolk in an online conference recently. About 30 people logged in via Zoom to hear presentations by Fairtrade Foundation Chief Executive Mike Gidney and Patrick Kaberia, a Fairtrade farmer, live from Kenya.

The conference was organised by the Suffolk Association of Fairtrade Towns (SAFT). The SAFT secretary is Felixstowe resident Alan Muchal. He said: “It was great to have so many people from across the county log in to hear these two interesting and informative speakers. Many local residents will remember Patrick from his tour of Suffolk in 2016 launched in Felixstowe with a Fairtrade breakfast at the town hall, hosted by the town council. Mike was able to give us an overview of how COVID-19 is badly affecting farmers and producers in the developing world and Patrick was able to give us a perspective from the front line.”

Mike, who lives near Woodbridge, said he was proud to be a resident of a county where there was so much activity in support of Fairtrade. He talked about the devastating economic effects of the epidemic on farmers and producers worldwide. Although Fairtrade producers were badly affected, they were generally in a better position to withstand the effects of the epidemic because of cash reserves built up from Fairtrade premium payments. Fairtrade communities mostly had access to running water, which is important for maintaining hygiene standards and better healthcare provision. Mike praised Fairtrade’s commercial partners, particularly the Co-op, Waitrose and Marks and Spencer who had provided extra financial help during the crisis.

Patrick said that tea farmers in Kenya had been badly affected by the dramatic fall in the price of tea and, if forced by the virus to stop work, would experience considerable hardship, as few had reserves to fall back on. Although all the tea in his co-operative in Michimikuru is produced to Fairtrade standards, a lot has to be sold on the open market, where it doesn’t attract the Fairtrade premium. He urged everyone to buy Fairtrade tea whenever possible.

The conference was also updated about proposals by Nestle to move away from Fairtrade certification for some of its UK products and the concerns this raised.

You can view an edited version of the conference by visiting the SAFT website where you can also find a copy of the SAFT annual report outlining Fairtrade activities throughout Suffolk over the past year. The Suffolk Association of Fairtrade Towns was formed in 2016 following a successful tour of Suffolk by Patrick Kaberia. All eight active Fairtrade towns in Suffolk are members and its main aim is to promote Fairtrade in Suffolk. This it does by providing support to its constituent members and sharing good practice. On the website you can find links to the individual towns.

Stand Up and Speak With Confidence

A Word From The Mayor Of Felixstowe

Strictly Siblings Head Out On A Socially Distanced Tour 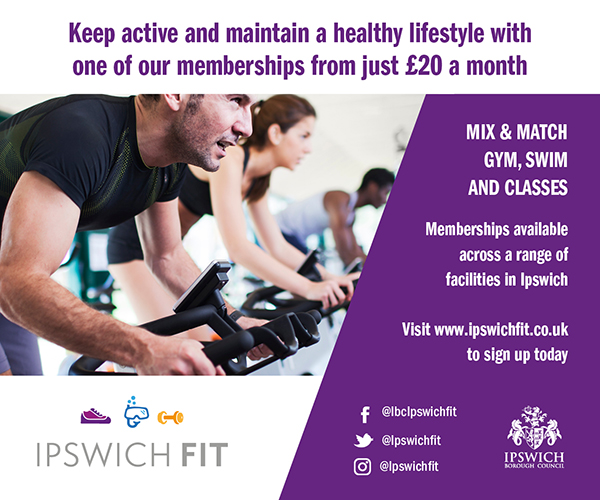