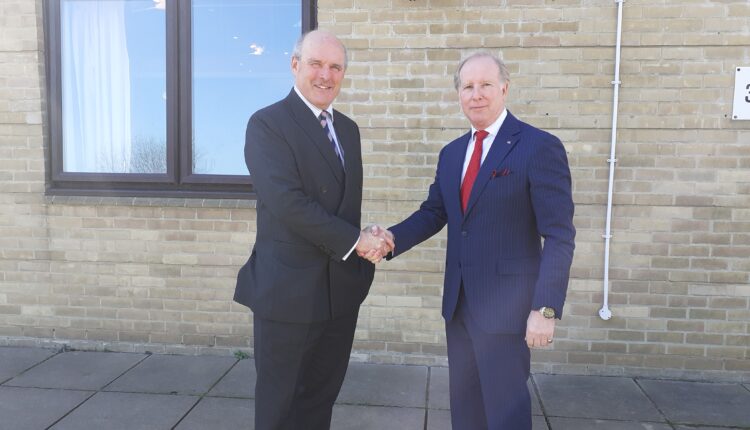 John Ogden took over as Suffolk’s second Armed Forces Commissioner in March 2018, six months after leaving the army and settling in the county. The role is typically a 3-year appointment, however due to Covid, John agreed to extend for an additional year.

“The role was an opportunity to give back to the armed forces community after my 34-year career in the British Army,” said John. “Whilst I’ve engaged military units, service charities and learnt more about statutory sector services, the role has enabled me to learn about Suffolk as a county, especially the business sector.”

Councillor Mick Fraser, Suffolk County Council’s Armed Forces Champion said, “The Armed Forces Commissioner is a volunteer role for the county of Suffolk, and we must really thank John for his time and leadership on the covenant in Suffolk.”

The new Armed Forces Commissioner for Suffolk is Lee Holloway who started his Royal Navy career at HMS Ganges near Shotley and then served for 10 years as a Royal Navy officer. For the last 9 years he has been Chief Executive Officer of the Officers’ Association, a charity that supports the transition, employment, and welfare of Officers from across the three armed services.

“Whilst I’ve been working in the service charities sector with a UK-wide remit, this role will provide an opportunity to learn more about challenges and needs of the armed forces community in Suffolk,” said Lee.