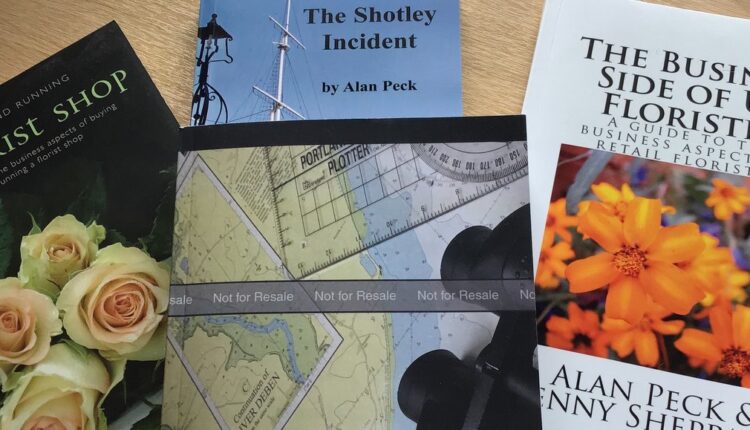 Ipswich based author Alan Peck has been a member of Felixstowe Coastwatch for the past 14 years. For his seventh book, he has written a thriller based on a volunteer lookout station, similar to the Coastwatch lookout on top of the Martello Tower at the southern end of the seafront.

His new book is entitled The Watchers. The story is based around two Felixstowe couples who live on the seafront and have an interest in the many craft to be found at sea in this area. When two of them witness a container ship running down a yacht they disagree over exactly what happened. A web of deceit and blackmail evolves into a crisis.

Alan previously wrote The Shotley Incident – a murder story set on the old HMS Ganges site. He was himself a Ganges boy and served as a hydrographic surveyor in the Royal Navy.

Upon leaving the Navy, Alan joined IBM to embark on a 30-year career in IT. He wrote for various IT magazines and newspapers and also wrote three business books aimed at programmers and systems analysts.

His first wife Liz had a florist shop in Cambridge and Alan also looked after the business side for her. Liz succumbed to pancreatic cancer in 2004.

Realising that there were no business books aimed at florists, he wrote Buying and Running a Florist Shop which became one of the biggest selling books ever in the floristry world.

Alan was remarried in 2006 to Olive, an Ipswich lady. Having been an Ipswich Town season ticket holder for many years, they were introduced to each other by a lady who sat behind him at every game.

In 2017 he teamed up with Jenny Sheppard, a Saxmundham florist and Chelsea gold medallist to write The Business side of UK Floristry.

The Watchers is available from Amazon in both paperback and E-book versions.

A Summer Of Delights & Surprises!