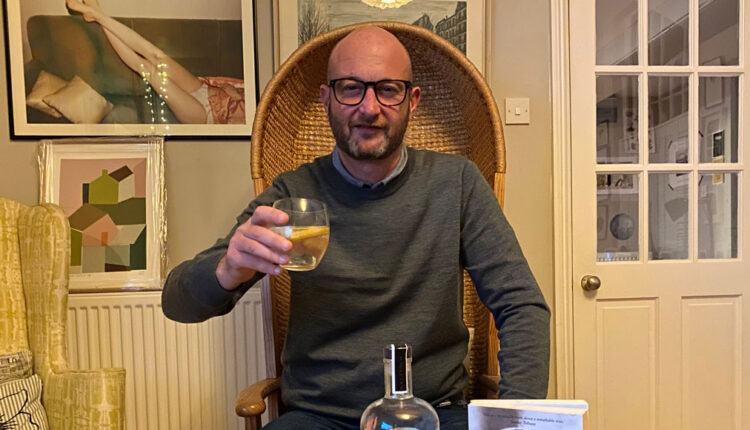 For those of you eager to try a new drink over the festive period, whether as a gift or a treat for yourself, look no further than the brand-new Pioneer gin.

Pioneer gin is a dream turned reality for owner Sean Crean, who started his own business, alongside being a lawyer, as a personal challenge two-and-a-half years ago.

“I’m basically a gin lover really. That’s pretty much what made me want to get into in. I’ve always been impressed by Jack Daniels and would love to have a brand like that. You’ve got to dream big and see how you get on,” said Sean.

You may be interested to know that the Pioneer gin bottle and name is rooted in Sean’s Irish heritage. One of Sean’s ancestors, Tom Crean, from the west coast of Ireland was an Antarctic explorer. Tom and his captain, Robert Falcon Scott, were involved in three major expeditions to Antartica, known as the Heroic Age of Antarctic Exploration.

“The Sheckelton expedition, which was actually a failed attempt to cross the Antarctic, is where the story came from because they actually got trapped and had to basically live on the ice for about three years before deciding what to do to get out there.

“They had to row 800 miles to South Georgia, where there was a station and then traverse the mountains to get help from Norwegian whalers. Fast forward another year after that and they eventually got everyone back home safely. So, yes quite a story.”

Tom Crean’s face is actually incorporated into the bottle’s design so you can see the explorer’s features through the clear gin.

Although the gin industry is a rather competitive one, Sean is certain that Pioneer’s unique flavour and smell will speak for itself when it comes to establishing a customer base.

“I set out to created something that smells amazing. You might now recognise it but will love it. It’s a perfect balance of the four key categories – spicy, herby, floral and citrus. I wanted to produce a really great gin that people would want to buy over and over again,” Sean explained.

Pioneer gin itself is made in Italy by a company called Casone but, right now, Sean is hand delivering the bottles, including an optional £4 taster bottle, to your doors.

In the future, Sean would like to take Pioneer further, eventually shipping to Europe and America. He’d also like to branch out to making rums and tequilas.

“We just want to gradually build up a loyal fan base of people that love the product and will keep buying it. That would be my ideal future for the brand. There’s a huge market in the UK so I plan to start locally and then build it up but it’s such early days,” Sean said.

To get a taste of Pioneer gin yourself, head to The Alex, Wine Boutique and The Fludyers, where the Pioneer is stocked or head to the Pioneer gin website and purchase a bottle in the ‘shop’ section. You can meet the man himself when he delivers it straight to your door!