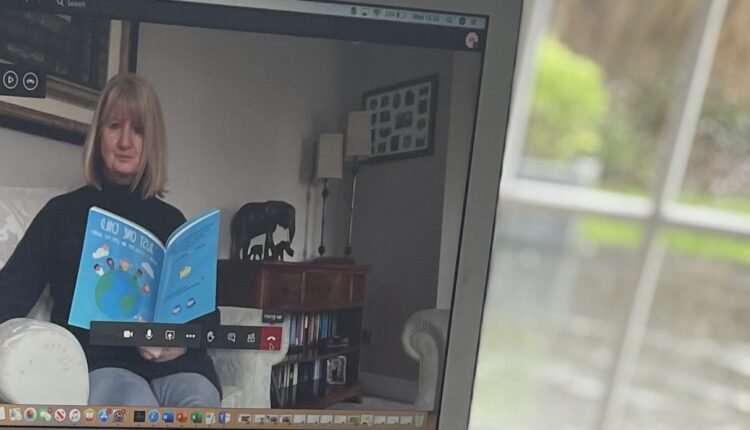 When Litter-Free Felixstowe embarked on a project to film young volunteers speaking about the environment, it was hoped that the video would be shown in local schools to encourage more children to get involved. The professional film was produced by local media expert Jon Swallow and features many inspiring children who spoke, largely unscripted, about why they litter-pick and want to protect wildlife. The response has been fantastic with one school in Leeds recently creating an entire lesson around the work of Litter-Free Felixstowe.

The reaction of children seeing the film and hearing the two Litter-Free Felixstowe books, Just One Child and Just One World, read has been very positive. Worksheets to accompany the film have also been developed for KS1 pupils and the material supports the global citizenship part of the curriculum. After the first session with Year 4 children, there was an immediate reaction with posters being designed and one child even wanting to form a group called ‘The Animal Savers’!

In these days of homeschooling, children have been able to join the session via Zoom and watch the video, see the books being read and ask questions. Debbie Bartlett, who has now run the lessons for Year 1 to 4, has been delighted with the response. She says, “The children who actively support Litter-Free Felixstowe should be so proud that their participation in the film is now inspiring young people in other towns. They were the stars of the video and their passion shines through”.

It is hoped that more Felixstowe schools will get involved and show the film as part of their home-schooling lessons. The books appeal to children aged between three and eight years old. There are already discussions to combine the books and film and provide online lessons in schools in other parts of the country, especially with World Book Day coming up on March 4. It is great to see Litter-Free Felixstowe spreading the message and one local school has requested equipment to lend to pupils.

In a separate campaign, the group is hoping to work with the port and the road haulage industry to create a ‘Litter-Free Pledge’ and reduce the build-up of litter on the A14 and around the laybys into Felixstowe. Whilst the group’s volunteers are unable to provide litter-picking assistance due to the risks, it is hoped that the major hauliers can unite and take the lead in spreading the anti-litter message to all road users as well as reporting areas of particular concern.

Whilst the recent lockdown and weather conditions have curtailed group activities, Litter-Free Felixstowe volunteers still walk regularly as part of their daily exercise. Local company, Kingsfleet Wealth has recently provided a generous donation for the group to purchase more hi-vis jackets and hoops.

Anyone wanting to get involved should contact Debbie on the Litter-Free Felixstowe Facebook page or via email to: [email protected]