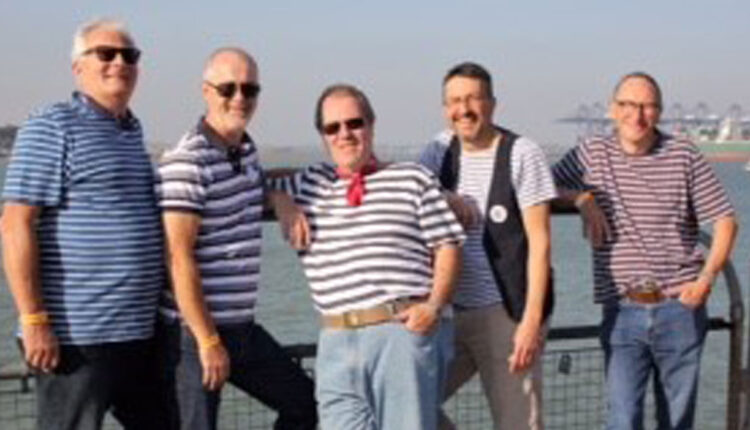 As if we are not living through strange enough times as it is, the latest trend on video-based social media app, TikTok, is sea shanties. The app, usually the preserve of teenagers and dance move videos, is currently flooded with clips of bearded shanty singers from across the globe.

This most unexpected of trends took off after videos posted by Airdrie postman, Nathan Evans, came to people’s attention. After his shift, he would go home and post clips of himself singing. His rendition of Soon May The Wellerman Come caught the imagination of the TikTok community and soon racked up millions of views, as well as thousands of duets and copycat videos. As a result, he’s even landed a recording deal with Polydor Records.

For those not aware, shanties (believed to derive from the French ‘chanter’ meaning to sing) are the working songs of the seamen who manned the merchant sailing ships of the 19th century. Being rhythmic by nature, they helped the sailors keep time when carrying out physical tasks like hauling on ropes to raise the sails or heaving up the ship’s anchor. The sailors would also sing for their own entertainment and morale.

Felixstowe has its very own shanty crew, the aptly named Felix Stowaways. The band was formed in November 2014 and consists of five local men, skipper Norman, Andy, Mark, Steve and Terry. They sing at local events and festivals, raising money for charity and have also travelled to Holland to perform.

“At a time when we are not able to perform or even rehearse, it’s great to see our genre hitting the headlines”, said Steve. “We just have to hope that when we can get back in front of an audience, the momentum hasn’t been lost and we can entertain some new shanty fans.”

Norman added, “The great thing about shanties is that they have simple melodies with easy to learn choruses so anyone can join in. You really can’t beat a pub full of people, belting out a rousing shanty.”

Steve continued, “That’s right. There are some great studio albums out there by the likes of The Longest Johns and Kimber’s Men but it’s in a live performance where the songs really come into their own”.

Had the Covid-19 pandemic not intervened, the crew would have made their sixth appearance at the renowned Harwich International Shanty Festival in October 2020.

“It’s our Glastonbury so we always have a great weekend. The audiences are really appreciative and there’s a real camaraderie amongst the crews”, said Norman. “Bands come from all over the UK, Europe and beyond to sing. Shanty singing is especially popular in The Netherlands and Germany.”

The Stowaways have connections with a Dutch crew called The Forebitter Men and have twice visited them in their hometown of Leeuwarden in the north of the country.

Steve explains, “The Dutch have a thing called a ‘ShantyCafe’ where five or six crews meet at a venue to spend the day singing and socialising together. In 2019, we held our own event at the Felixstowe Ferry Sailing Club and a couple of Dutch crews came over to take part. It was such a success, we had planned to do it again in 2020 but, of course, that didn’t happen.”

Once restrictions allow, the lads will be rehearsing hard in anticipation of a time when they can, once again, bring these timeless songs back to a live audience.