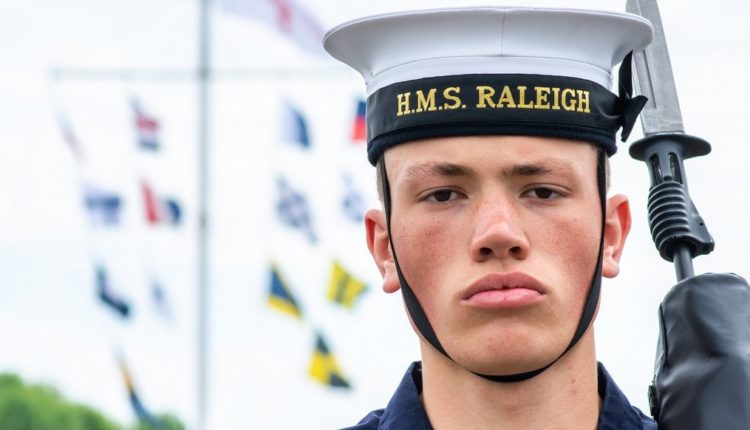 While the Royal Navy continues to support the government in its fight against COVID-19, a 19-year-old recruit from Felixstowe has completed his basic training.

Warfare Specialist Will Hume joined the Royal Navy in March, arriving at the gates of HMS Raleigh, in Cornwall, for an intensive 10-week course designed to teach him the skills he will rely upon throughout his career.

He said: “It’s been a life-long aspiration of mine to join the Royal Navy. My dad is ex-military. I am the fittest I’ve been in my life and it was a real honour to be chosen as the class leader. I’ve really enjoyed all the exercises and becoming more self-disciplined. It’s been great bonding with the rest of my class and facing new challenges together. Training gives back what you put into it; maximum effort gives maximum reward.”

Will is now ready to move onto his specialist training to qualify as a Warfare Specialist. His role will see him at the cutting-edge of communications, weapons and defensive systems, either on combat operations or providing humanitarian aid.

The Royal Navy’s Initial Naval Training course is underpinned by nine core maritime skills that are the foundations of naval life and underpin operational effectiveness. Recruits are taught the basics of naval discipline and customs. They learn about navigation and are given the chance to take the helm of their own medium sized inflatable boat during a waterborne orienteering exercise. Royal Navy personnel can also be called upon to play a vital role in land-based operations, so recruits undergo training in basic combat skills which includes survival in the field.

Fitness is a key component of the training and is delivered using a disciplined method of military fitness which focuses on developing co-ordination and individual physical strength and endurance. As the course progresses the recruits take part in three extended exercises to test their skills and understanding of the principles they have been taught.

Details of career opportunities within the Royal Navy are available online at or by calling the recruitment line on 03456 00 53 02. For more information visit www.royalnavy.mod.uk/careers.