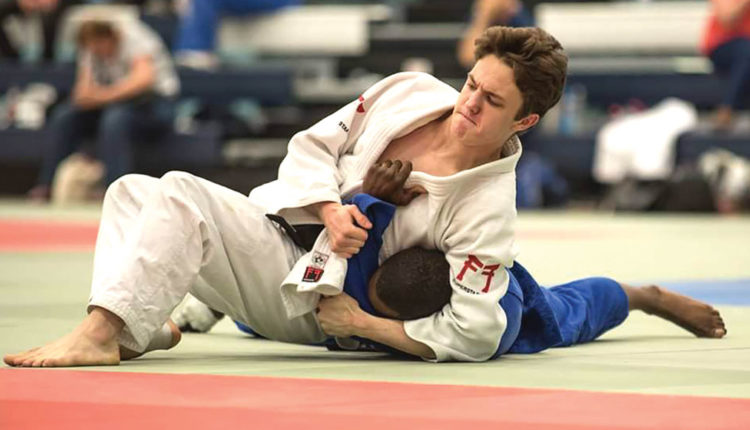 Ben Caldwell: The Life Of An Athlete

Growing up in Felixstowe was the same for Ben Caldwell as many of his childhood peers and friends. He went to Langer Primary School Nursery before moving into the ‘big school’. Most days he went to Langer Park after school with his parents and friends to play on the slides and swings. Some days they went to the beach. He ran, swam and went in and out of the various amusement and attractions.

“Those days were some of the best days of my life,” said Ben. “Today I have many friends who would give anything to have grown up on the seaside as I did.”

Growing up he looked for more. At this point football on the park and trips to the beach weren’t enough. He wanted to progress and this led him to joining a football team. Every Wednesday his parents would take him to training and every Saturday they would drive him and his teammates around Suffolk to play games and tournaments.

“This was when I realised, I was part of a team and community, something I began to treasure and want more of,” he said.

Then his older sister took up Judo. He said: “A few months later I went to see her compete and take part in a local fete. Here I was given the opportunity to have a go and try to beat my sister at Judo. At nine years old this opportunity was too good to miss and within 10 minutes I was hooked and signed up to become a member of Felixstowe Judo Club.”

Progressing through high school, Ben was never academically inclined, and was always looking forward to the next PE class or sports club, simply coasting his way through most other subjects.

He said: “I took up extra judo and started to train three nights per week. Between 13-16 years old I would attend three judo classes, one football training session, play a football match every Saturday morning and attend every judo competition I possibly could.”

At 16 he was competing at regional level when the head coach of Anglia Ruskin University Judo Club noticed his performance and began talking to his father about the possibility of him training and taking judo to the next level.

A few short months later he enrolled onto a judo specific Advanced Apprenticeship in Sporting Excellence (AASE). The course required him to train for a minimum of 15 hours per week across a two-year period and to attend training every Wednesday in Cambridge. It was there he decided that he wanted to be the one of the best judo players in the world.

“Throughout AASE I received guidance and support, giving me the drive and work ethic to finish college with distinctions, meaning I could move to Anglia Ruskin University and become a student athlete, training at Comberton Judo Clubs performance pathway centre,” he said.

At ARU he began to gather results at various GB ranking events, quickly entering the GB top 10 ranks, usually sitting about fifth out of all the players in his weight in Great Britain. He attended Olympic Training Camps in Europe, even travelling as far as Japan to get the best training he could. As he developed, he attended European Cups to boost his GB rank and increase his chances of getting into the GB squad.

Having graduated university in late 2019 with a 2:1 in Sports Coaching and Physical Education, he is now looking to devote his full attention towards judo. He will soon be moving to Camberley Judo Club to train full time.

Camberley, known for developing several Olympians, is recognised as one of the strongest clubs in Great Britain for self-funded judoka. While there he will aim to attend Continental Cups and Opens along with Olympic Training Camps every month to further develop and improve his European and world ranking. But travel, accommodation and entry for these events is expensive, varying between £400 and £800 each dependent on location, time of year and time spent away.

He added: “While working two jobs and training 15-20 hours per week through my degree, it was impossible to attend all of these events. Trying to fund the journey myself has not been possible and this is why I am talking to you.

“I appreciate that the total cost per annum is large and that no one person or company can cover this alone, however any sum of money that could be contributed would be massively appreciated. I see this as the difference between attending a training camp and not attending or coming first not second. While I always push to attend these camps and competitions, the reality is if I cannot afford them, I miss great opportunities to drive my career forwards.

“In many ways I believe I am in a similar place today as I was when I began judo 13 years ago. If I hadn’t been given the opportunities then by a small seaside judo club, whose coaches voluntarily sacrificed their own time and money to take me all around the UK to compete and train, then I would not be where I am today with all I have achieved. If I don’t look and ask for these opportunities now then I may never get to know just how much I can achieve.”

Any companies or individuals that would like to support this extraordinary young man’s efforts can do so at: www.gofundme.com/f/bens-international-judo