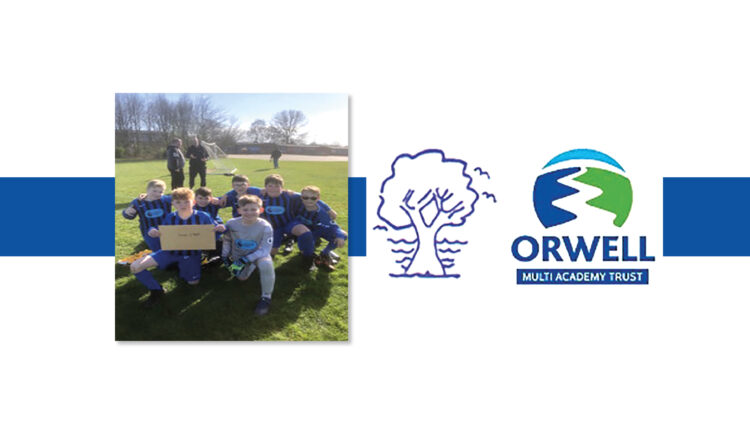 In April, the team consisting of: Ryan, David, Naty, Reegan, Sebastian, Brooklyn and Gabi played in the first friendly pyramid football competition since the start of the pandemic, at Causton Primary School.

We hope we get the chance to play again before the majority of our players move on to high school.  Thank you to Mr Keegan and the Causton staff and pupils for such a well-run afternoon.

Next term, the pyramid competitions get going at each of the local schools with sports ranging from rounders (held at Grange) to netball and cricket. This runs alongside the Suffolk competitions which are largely held in Ipswich. Grange is putting together strong teams for the swimming gala and the Quad Kids athletics festival.

Sport and PE are thriving at Grange, thanks to the efforts of the staff, especially Mrs Leitch (Cover Teacher) who also arranges visits from local club coaches. Just this week we were visited by Josh at Northampton Saints Rugby Club and, next term, Ben from Chance to Shine cricket will join us. I hope to be sharing more sporting success in the future issues of Spotlight.